Last post I wrote a little bit about directing, and Natalie Portman. Mostly about Natalie Portman. And I wrote about the many different hats one has to wear when making a film, or creating any kind of art, really. I wrote the script and I will be directing the movie.

But none of that happens without money.

Let’s get this party started.

This entire journey so far has been hypothetical. Yes, there’s a script. There have been readings with actors. There is a producer on board (and more to come). We’ve even set a date. But it’s all one big “what if.” To go from the hypothetical to concrete plans takes cold hard cash. And while I’m wearing my directing hat and my writing monocle, I also need to put on my producer codpiece.

Right now producer Beau is working on a budget. Two, actually. The first is our practical budget. This is one where everyone gets paid, all the unions are involved and happy, and we have enough crew to make sure no one person becomes a pack mule of equipment. Even I will draw a salary as writer and director. We will shoot for two to three weeks. I can’t go into specifics right now, but this budget will likely involve five zeros after the first number.

The second budget is the “we’re making a movie no matter what” budget. We can’t the money we need, so this is the bare bones way of making a movie. Actors work on deferred pay. Crew gets not much more than that. I will also work for nothing up front other than bagels and Twix bars. We will squeeze the shoot into two weeks with a day off in the middle. This budget will probably only involve four zeros after the first number. And that first number better be smaller than seven.

So where do we get the money? There are a number of ways to get a budget raised and secured for a film:

This is the best way to get anything done, for that matter. Take the money from whatever startup you sold to Google, or inheritance from Great Grandpappy  Rockefeller, and write a big ol’ check. 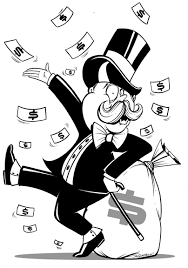 Alas, number one does not apply to me. If this applies to you, then tell the person you hired to read you this blog out loud while another person prepares your lobster dinner to give me a call and send me a check!

Being a celebrity is a great way to get a movie made! People who invest in movies with celebrities get to be producers and HANG OUT ON SET with celebrities! You can even pretend to tell them what to do, and they will smile, showing gleaming white teeth, and say “that’s a great idea. We’ll try it out on set” and then open another bottle of prosecco. 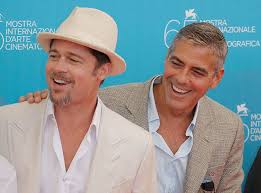 Invest in their next movie and they will totally take you to lunch.

This also works if you are the child of a celebrity, although it is a little harder. Confidential message to the 17 people who read my blog regularly: I am not a celebrity or even a child of a celebrity. My parents chose the totally un-famous careers as an attorney and public school principal. Why couldn’t one of them have been Kato Kaelin?!?

3. Know Someone at a Major Studio who has Produced your Work Previously

I know OF someone at a major studio. That works, right? Right? Hello? I had a pitch meeting on the Paramount lot once. Still waiting for my big check…

4. Develop Relationships Over Time with Investors

Ah hah! This is a legitimate option. I’ve been a creator of D.I.Y. theater and film for nearly two decades now, and because I strive to create great projects, I have been lucky to meet people with financial means greater than my own who have invested in my projects in the past. Sometimes they come close to breaking even (and sometimes nowhere near close) but they are always involved in the project, and usually take pleasure in helping bring it to fruition. 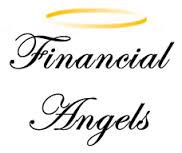 The MVPs of Independent Filmmaking

Once we have a budget, we will likely reach out to the angels we know and see how close we can get.

We all know about this one. Projects funded by the most important people out there: you! Everyone you know (and some strangers) kick in what they can, from a buck to $5 to $100 to even more. On the surface, it’s simple: pick a platform (like Kickstarter or IndieGoGo or Seed and Spark), set your goal amount, set rewards for various levels of donation, then make videos, Tweet, Facebook and email your hands off to reach the promised land. Simple, but definitely not easy. Most people who have succeeded in hitting their budget goals via crowdsourcing say that it’s a full time job.

To be honest, any of these options are full time jobs. Making this movie is my job for the coming months. Which hopefully leads to more jobs and opportunities.

But I can’t think of that now. First, the budget. Once we have the numbers we will figure out which approach is best for this project. Then we chase the money.