Now our film is a film.

Well, it’s not finished yet. And it was shot on video, not on film, so it was never technically “a film.”

But you get the point.

What I meant is that Closure is now officially picture locked. The movie is what it is. The story is there and is not changing any more. Or is it?

We move on from our lush edit suite in Santa Monica to a post production facility in Hollywood to focus on audio. This excites me for two reasons: first, the drive to Hollywood from Burbank is MUCH easier than the 60-90 minute commute each way to Santa Monica. I mean, all I have to do now is take Olive to Barham and then sneak through the Cahuenga Pass into (EDITOR’S NOTE: no one outside of Los Angeles cares which route you take to get places. Move on).

Second, the nature of the work excites me. The movie is locked, for better or better. Now it’s time to expand the aural universe. This means adding foley, which is the reproduction of everyday sound effects. I get to ask and find answers to a lot of fun questions like these:

The view from the director’s seat of the amazing comedy duo of Iskandar (Marcelo Tubert) and his dog Marco (Buddy Bubstein). (Photo: Alex Goldberg)

And of equal fun, we get to fix some of our problems. That air mattress noise during the bedroom scene? Gone. The leaf blowers from our first day of shooting? Erased. And the dialogue we can’t hear well?

Well, fixing dialogue takes an extra step. We brought in a few of the actors for ADR, a.k.a. automated dialogue replacement, a.k.a. dragging actors back in to look at themselves on the screen and try to match what they are saying. Sort of like this:

Much of our dialogue was well recorded from the shoot, but we still had to bring in five actors. Each one spent roughly 15 – 30 minutes filling in dialogue holes, and helping us fill in logic holes.

As I said at the top of this entry, “the movie is what it is. The story is there and is not changing any more.” Except it is. Remember those story issues we had? Now’s our chance to change dialogue to help the story.

Here’s a dirty little secret about the movies and TV: whenever you hear someone talking but don’t see their mouth move, only the back of their head, chances are you are hearing something they did not say in the moment. If you can’t see their lips move, we can make them say almost anything. Go ahead, put on your favorite show now and watch two minutes. Right? See it now? No, I didn’t just ruin your viewing experience, I enhanced it! You’re welcome.

And that’s what we did. A few moments where characters are in a scene but not on camera or facing away from us, we made up new dialogue. Cleared up some sticky plot points. Streamlined the story. AND YOU’LL NEVER KNOW WE DID IT.

Except I just told you we did it.

So now our audio track is clean, shiny, and sounding great. All that’s missing is the music.

Coming up next: the highs and lows of getting music into your film for no money.

“I create art for art’s sake.”
“My opinion of my art is all that matters.”
“When I stop caring about what other people think is when I create my greatest work.”

I’m not speaking for everyone, only most of us. Yes, there are those out there who exist in a void where they can live and breathe their creative life, without a worry about money, commerce, and anyone else’s opinion of their creative works.

And if you want to meet these people, visiting hours are between 3pm – 6pm on Saturdays. 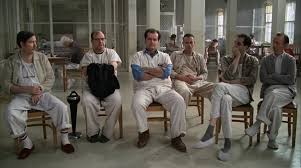 The entire process of making a movie involves the feedback of others. While the script and story began in my brain and my brain only, it has been greatly improved by collaborators. Smart actors round out their characters and motivations. An experienced producer has an eye on making sure the story makes sense. But all that collaboration is theoretical until we actually see it on the big screen.

Since I am relatively inexperienced at making feature films, it is important to surround myself with people who have more experience (read: know what they are doing). And it worked. My game was elevated because of the wisdom of others.

A friend once gave me some amazing advice regarding receiving and processing feedback: when one person gives you a note, it is only their opinion. However, once three different people independently give you the same particular note, then it is time to seriously consider what is being said.

Now that we are editing, it is especially important to bring people in throughout the process who have more experience. Our editor Jeff frequently sought the advice of two mentor editors who would give him notes. When we had a rough cut we’d invite in members of our production team to watch and give notes. Then after taking in their notes, we would bring in people unfamiliar with the story to watch and give notes.

From the feedback sessions we received a lot of notes, most of which were either immediately addressed, incorporated, or ignored. However, some big concerns were raised. These concerns were brought up by multiple people. In some cases, almost everyone:

The first note was easier to address: cut, cut, cut. Lines of dialogue and even entire beats were cut. Beginnings and ends to scenes were removed. Even individual frames were snipped from moments. Some of my favorite jokes: gone. We scrutinized everything and managed to shave over seven minutes from the first 25.

The second note was a little tougher. How do we reveal more information about a character, specifically how do we tip off to the audience that this character might be playing for the bad guys? And how do we do this now that the movie is shot? We can’t go back to a location and do re-shoots. Even if we could magically get our locations back and convince actors to come in for free, the cost of crew and equipment would push us well past what little money we have left.

But thanks to editing tricks (what our editor calls “fakery in the bakery”) there are subtle steps we can take: we can reframe a shot to focus on a detail that otherwise might have been overlooked. We can blow up a shot to capture an emotion better that the original framing. Add a music theme that repeats, which subtly reminds the audience. Add sound effects. Hopefully using these tricks and others we are able to fix the problem.

We sent our movie out to those who make movies. People with experience doing exactly what we are doing. I won’t name names, but roughly a dozen people agreed to watch our film, and we got their thoughts. Most of it was positive; we were on the right track. Surprisingly, some of it was contradictory (one person thought we didn’t see enough of one character, another person thought we saw too much of the same character). Much of the feedback was constructive. We were on the right track.

Was all this feedback seeking worth it? After all, we didn’t get the feedback we really wanted. The comment that EVERY artist craves. Feedback like this:

Does that unicorn of feedback exist? If not, we didn’t find it. But we did find a place, months into editing, when the three of us (producer, editor, director) looked at each other and said “this is it. This is our movie.”

So now our movie is picture locked. That means that while we still have sound to enhance, colors to correct, effects to create, the basic edit of the movie is done. Roughly 90 minutes of entertainment.

Is it perfect? No.

But it’s a movie now. And we are getting closer to showing it to you.