“Who am I anyway? Am I my resume” is the lyric from A Chorus Line known to anyone who ever set foot within 500 yards of their high school theater. In show business, we most certainly are our resumes. In this brave new world, your resume in show business is available to all in one location: the Internet Movie Database (IMDB). If you have worked in television, film or internet, you know that your gig isn’t really official until it shows up on IMDB (theater people have the Internet Broadway Database). The site is the great equalizer; you could be a millionaire A-list actor or you could be an unpaid production assistant, as long as your project makes it to the screen somehow, it’s official.

My first IMDB credits were for production assistant work on independent movies in New York in the last millenia. I was proud to officially make my mark, albeit a small one, in the business, and looked forward to the day when I would get more “legitimate” credits for writing and directing. As time went by, more Alex Goldbergs showed up in the entertainment business, but I retained the coveted title of “Alex Goldberg (I).” That’s right, I am the trail blazer for one of the most common Jewish names out there.

As time went on and I started earning more legitimate credits, the listings for Alex Goldbergs got more complicated. Years go by, and Alex Goldberg (I) is a mess. My production assistant credits are still there. My directing credit is there. However, there are now eight Alex Goldbergs, and the credits are all over the place. I have credits as three different Alex Goldbergs, and if you are to believe everything you read about Alex Goldberg (I), I’ve acted in multiple telenovelas (not true, but I wish), produced, wrote and directed a documentary about stem cell research during the Bush administration (not true, but admirable) and was even the accountant on a feature film (definitely not true). 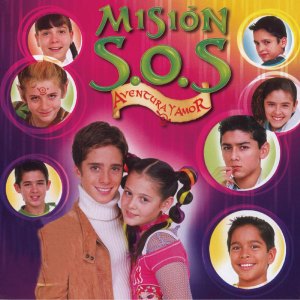 Fun game: find me in this cast photo!

I’ve made half-assed attempts to clear my name and get to the truth, but it never amounted to anything. I’ve reached the last straw, the breaking point. Recently, a movie that I co-wrote, Fade to White, was completed and I was told by the producers that credits would go up on IMDB soon. I asked them to make sure that the correct Alex Goldberg was credited. After a week, the movie was up… and linked to Alex Goldberg (IX). His very first credit! Congrats dude, whoever you are.

That’s it. I mean, I shouldn’t take this too seriously, my career isn’t an internet profile, and I should always focus on my work and not sweat the small stuff. However, this database is a networking tool, and I should not sabotage any career opportunities with a misrepresentation of my career. It’s time to go to war. A persistent attack to clear my name and get to the truth. If I want to accomplish anything, I need to command my focus and remain diligent, disciplined and never give up.

Day 1 (September 12, 2014). This could be a brief battle, if there was a phone number. If I could talk to someone for 10 minutes, everything would be straightened out. But, if I want to go to war with one of the minions of the cyberworld, I’ll have to play by their rules. First thing in the morning, after breakfast and caffeine, I sit down at the computer and attack. I get past their first defense move, which is that changes cannot be made without a user account. I already have one, so I log in. Next, they won’t let me upload my photo without an IMDB Pro account, which is for industry professionals a.k.a. those willing to shell out hundreds of dollars a year for a subscription. Fortunately, my wife is an industry professional with those credentials, and I log in with her ID and password. Take that, IMDB. But now they won’t let me upload a picture from my computer, only from a website. What? How do I get around this. I can’t figure out… uh… retreat!

An hour later I return reinforcements. My wife sits with me and we find my image linked on a website. We also put in requests for the Fade to White writing credit change, a link to my manager, and a few other credit changes. IMDB accepts our suggestions (pending further review, of course) and say that acceptance, if it happens, will take 2-14 days. Now we wait. First day battle victor: inconclusive.

Day 3. Reinforcements are coming to my aid! The intrepid Elizabeth Lucas, director of Fade to White, says she will attempt to fix my credit on this movie. She also suggested that she also try and correct all my errors, with the thinking that if we both attack, the masterminds at IMDB will take my requests more seriously. That could be true, or the multiple attempts will confuse them and they will ignore all change requests. I’m leaning towards the all in attack. Godspeed, Elizabeth.

Day 4. Victory! A small victory, but a change nonetheless. The Fade to White credit has been moved to the correct page! Whether it was Elizabeth, or me, or both of us, the credit is now where it should be, and Alex Goldberg (IX) no longer exists. Fueled by this, I pressed on and made the rest of the corrections, dropping the various acting, directing, producing and miscellaneous credits that are not mine. Here’s hoping it all works. Still, we are still 3 days out from submission, and no changes to the photo or anything else.

Day 6. Another victory. There is a link to my manager’s info (only IMDB Pro members get to see that, which is standard). However, everything else is still up in the air, as I am still an amalgam of a bunch of different people. I want to be me!

Day 7. When this all began, the actor section was a mess. There were four credits, of which only one (Today Will Be Yesterday Tomorrow, which I also directed) was correct. The other three were erroneous. Two of those three were Spanish language TV shows. Now, one of those telenovela credits have been removed! Don’t know why only one. I guess IMDB is EXTREMELY deliberate. Also, there’s no movement on the acting credit for Alex Goldberg (VIII) which is actually mine. Baby steps. Onward and upward.

Day 11. All quiet on the cyber front. No other changes. IMDB states that changes could take anywhere from 2-14 days. This is day 11, so I should be patient for a few more days… but I have doubts. They say it is always darkest before the dawn, but I believe it’s darkest when you are in a cave and the batteries on your light go out. Later that day, I check back in and there is progress. The documentary film that I did not write, direct or produce is no longer on my page. In fact, for the first time, all the writing credits attributed to me are, in fact, mine. Small steps.

Day 18. Well, the 14 day deadline has passed without any further changes. To date, here is my IMDB page. The defeats outweigh the victories so far. Sure, my writing credits are now 100% mine, but there is still no picture, they still think I’m an accountant, and only half of my telenovela acting credits (?) have disappeared. I knew this would be a difficult struggle, so for round two I’ll have to up the ammo and strategize harder. I will purge the enemy of error, and take back my identity! But it might take a while.

In case you were wondering, it has been nearly four months since my last post. That’s a lot of time spent at the window of your computer, silently weeping, and anxiously awaiting my return. At least, that’s how I like to envision it. Worry not, readers… I’m back!

Rather than dwell on what caused the absence in this blog, I would rather pretend that I was on hiatus for the summer and now we are in a new fall season. With that in mind, welcome to the season premiere of the Makin’ It blog, about one man’s attempt to make an independent film.

I supposed I should update you, and recap what happened since we last went on hiatus. Firstly, there’s this guy:

Yes, it’s a new season, so the producers decided that we need to add a newer, younger and cuter member to the ensemble. That’s so Raven.

That’s right, on July 29th, 2014 the result of the most important collaboration in my life emerged, blinking, screaming and instantly lovable. Of course, everything changes from this point forward. My wife and I vowed that we would incorporate family into our pursuit of our creative endeavors, rather than sacrifice what we have built and achieved in order to provide guaranteed stability. This is not to say that we are destitute, and this boy is just one lost paycheck away from being dropped off at the doorstep of Our Sisters of the Wayward Accident or put in a reed basket and floated down the L.A. river, where he would undeniably float for five feet, then get washed “ashore” on the concrete embankment. (It’s very dry here.) No, what I mean is that we will continue to do what we do, and if we have to give up a vacation here, a fancy meal there, or going to the movies again ever, in order to continue on track, we will do so.

With that in mind, I am happy that I am able to continue what I have been doing, sacrificing mostly sleep. Closure, the script I plan on shooting, is coming along. I have completed the second draft, and will send it off to my manager this week. That said, this blog may take a dramatic and unexpected twist as another script of mine, which was previously unavailable, may become my next project to direct. More on that later this season.

Other highlights include wrapping up the first draft of a script I was hired to write for 13 Stories Productions, a new production company based on the Sunset Gower studio lot that is launching in January.

There is another screenplay I may be hired to write, details pending signing of the contract. And a new TV pilot.

Also, my new play Mayor of the 85th Floor is complete and will be workshopped later this season. Hopefully, it won’t be as disastrous as my last staged reading.

So stay tuned. I promise regular updates, and more than that, progress on bringing a script of mine into production, with me at the helm, soon.