“When you come to a fork in the road, take it!” Yogi Berra 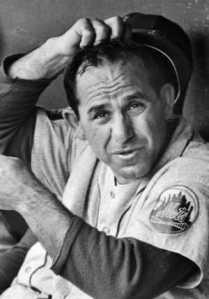 Over a year ago I posted an update about It is Done, my play turned movie script. To recap, the screenplay was optioned, and that experience of selling that script inspired me to write a movie that I could make myself. Thus inspiring this blog. In that post from last year, I talked about how that screenplay was optioned, then dropped, then optioned again by a different company.

Well, here we are a year later, and that second company has decided to not renew the option for a second year. After a year of positive collaboration between me and the director, we reached an impasse in the script. As the first year of the option ran out, we had long and serious conversations about overcoming that impasse, and if this collaboration was worth it for both parties. Turns out it wasn’t. The option was not renewed, and the rights to the script reverted back to me.

While it is disappointing to see a collaboration fall apart, I know it is best for this script, and best for the director; he and I are still collaborating on another project. No burned bridge here, the girders are strong and ready for more traffic.

No man is an island, and no career is forwarded by one person on their own (no matter how strong and independent that person may be). There are a few people I will always go to for career advice: my wife, my manager, and a couple of writer friends I respect are a few people in my inner circle. None of these people will bullshit me, which is very important. To all of these people I pose the question: which script should I try to direct?

There is a simple answer. At least, simple in theory: try to sell them both. The one that doesn’t sell first, direct.

But it’s not easy to sell a script. My manager suggests I commit to directing Closure and try to sell It is Done. He is trying to connect me with line producers who may be interested and may be able to help me budget the script.

I’m meeting with one of my other trusted advisors next week and see what he says.

But most of all, I should follow the Yogi’s advice. Regardless of how difficult the choice, it is important to take action and not perseverate forever. After all, 90% of the game is half-mental.