Compared to the grueling shooting schedule, life in post-production is pretty genteel. At least, for our movie. I set the hours. We sit in a darkened, climate-controlled room. There are snacks and a stocked fridge. We go out to lunch or bring in take out. J.J. Abrams’ production company is one block away. Also, I have my own parking place! 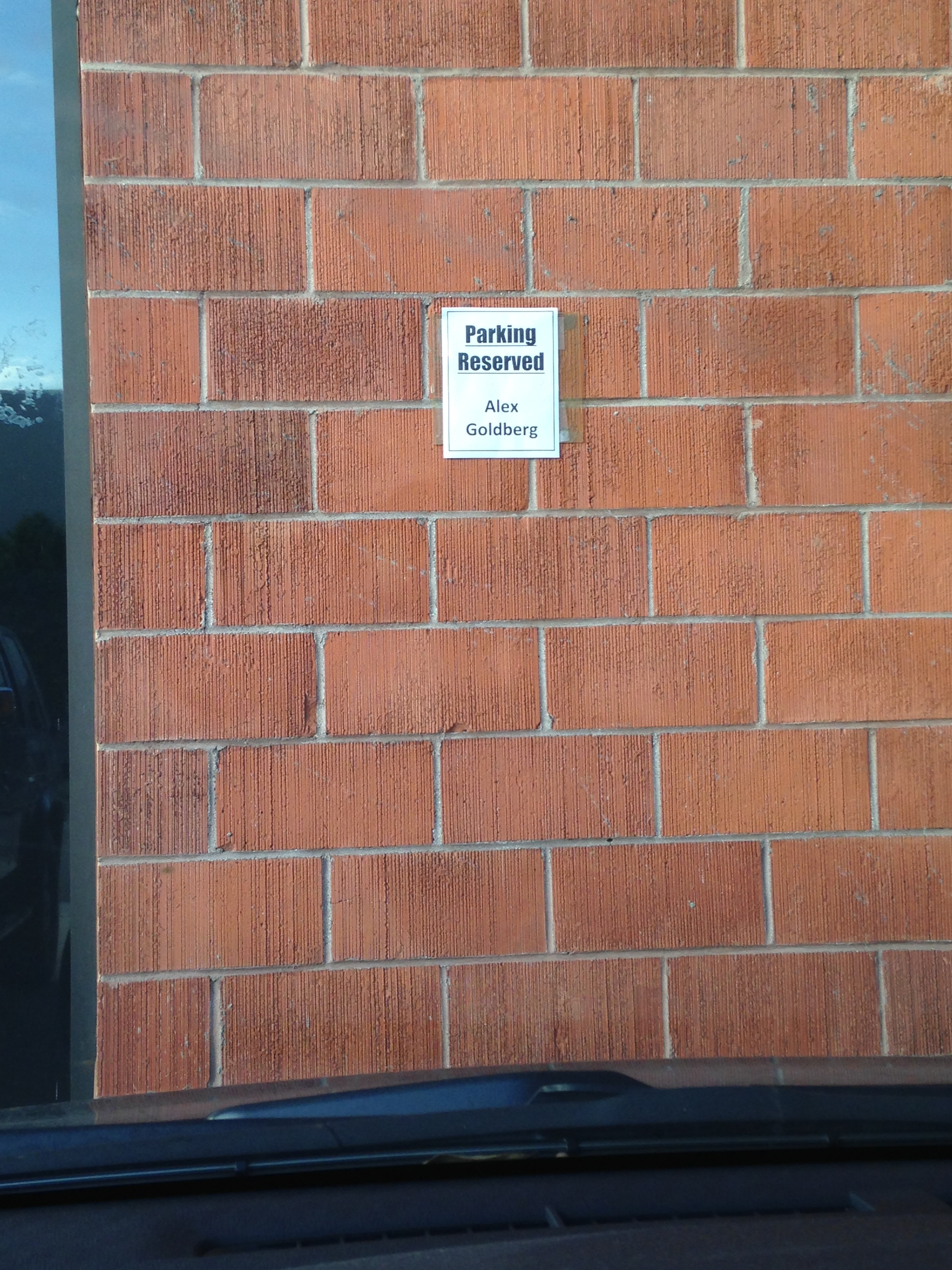 When you know you’ve made it in Hollywood…

But it is work. I knew it would be a difficult process. First difficult part: the commute. In my five years in Los Angeles I’ve been fortunate that I’ve worked out of my home or in offices conveniently located near my home, with occasional meetings in far away places. We even shot most of Closure less than five miles from our home. I’ve watched Catia trudge all over town for auditions and sympathized, but never really experienced it. The edit room in Santa Monica is 15 miles from my home, and it takes 45 to 90 minutes to get there, depending on time of day. And in Los Angeles, there is no good time to hit the road. Maybe if I went to work at 11am and came home after 8pm the traffic gods would be kinder, but keeping up that schedule is difficult when, you know, you have to pick a kid up from day care at 5pm.

If I leave the edit room after 3pm and before 7:30pm, this is what it’s like. Every week day.

Why Santa Monica? The editor (who was working well below rate) lives there. The edit facility (which gave us a deal also well below rate) is there. And when you are making an extremely low budget movie on limited resources, you sit in traffic. Totally worth it.

Once I get past the 405 and into the facility, then we can focus on the work. It is immediately apparent where we succeeded and failed. Fortunately, successes are many:

But it’s not all roses and Oscar nominations. We shot the movie so quickly there was little time to breathe, let alone reflect on how we were doing. But now, sitting in the cold and dark room, staring at a large screen, all the flaws are sobering. And MAGNIFIED. There is no escape from the mistakes, and each time we watch there are more. Regrets? I’ve had PLENTY: some casting choices, some directing choices, many missed opportunities for better lines, better plot twists, better everything.

So I spend my days on a roller coaster of emotion, bounding between elation for what was going right and the lows of anxiety, debating internally whether I was more of a hack as a screenwriter or as a director.

Jeff, our zen editor, kept an even keel. He liked what he saw, and much of what he didn’t he said could be fixed with “fakery in the bakery.” So after over a month of faking, restructuring, hiding flaws and magnifying gems, we had my official directors cut, which ran an hour and 42 minutes (including a four minute blank spot for closing credits, which are usually included in the run time). Time to show it to some trusted members of the team.

And we did. And that’s when we REALLY went to work.